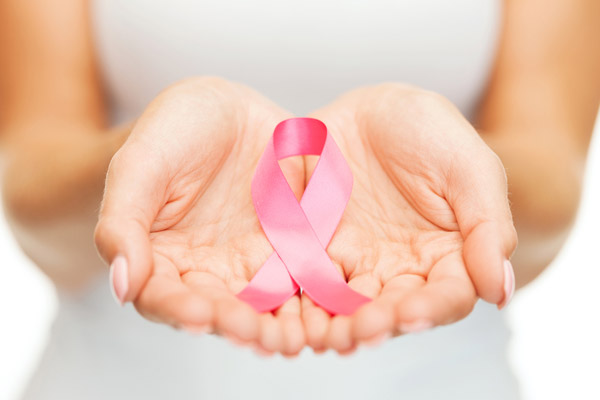 October is  Breast Cancer Awareness Month or the pink month, Women Fitness (WF) offer the following tips for those who are interested in knowing something on how to really prevent breast cancer.

Genetic variants can be controlled to some extent by adjusting a person’s diet and lifestyle. Just because you have a relative who has breast cancer or you carry certain genetic mutations does not mean you have suffer with cancer. It is clear that lifestyle and diet can influence risk from faulty genetics.

According to the ACS, modifiable factors that boost the risk of breast cancer, include having children late in or having no children; using oral contraceptives or hormone therapy; not breast feeding; drinking alcohol; being overweight or obese and physical inactivity. 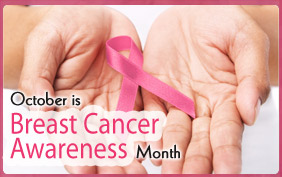 Exercise regularly – Women with low levels of physical activity and higher body mass indexlevels are at more than twice the risk of developing breast cancer than women who undertake approximately three metabolic equivalent hours (MET) per day, per year, of exercise, and have lower BMI levels, the researchers (at Meharry Medical College and the Vanderbilt-Ingram Cancer Center) found. A 25 kg/m2 body mass index among Western women is considered to be normal weight, while a BMI of 25 kg/m2 among Asian women is considered to be in the overweight category and was associated with an increased breast cancer risk in this study.  Women who exercise have a 35 percent lower risk of developing breast carcinoma in situ than did inactive women.  Level of exercise recommended is equivalent to about 45 minutes of brisk walking or 20 minutes of vigorous exercise per day. Some studies have reported that athletes who exercised vigorously and participated in competitive sports had a lower risk of breast cancer than did non-athletes. However, others have reported that women who do not participate in competitive sports but who exercised regularly, such as three hours per week throughout their reproductive years, had a lower risk of breast cancer as compared to women who never exercised. 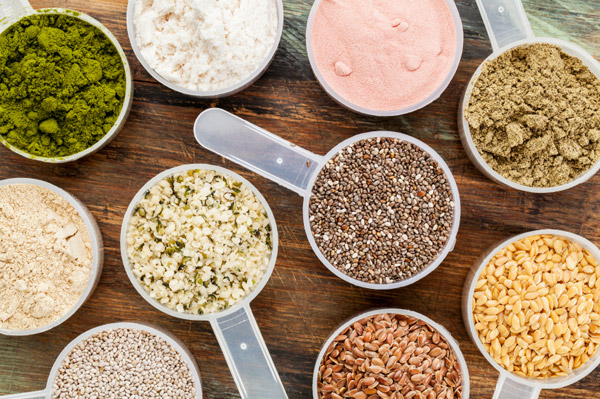 Eat more unrefined seed foods. They all contain phytoestrogens. If you eat foods rich in these elements, you are 4 times less likely to be diagnosed with breast cancer. You should consume whole grains, beans, nuts, edible seeds, fruits and vegetables with their seeds. The superstars for breast cancer protection include all cruciferous vegetables (broccoli, cabbage, brussels sprouts, cauliflower); dark leafy greens (collards, kale, spinach); carrots and tomatoes. The superstar fruits include citrus, berries and cherries. Minimize consumption of the high glycemic index, “Great White Hazards” – white flour, white rice, white potatoes, sugar and products containing them. These foods trigger hormonal changes that promote cellular growth in breast tissue. Replace these “wrong” carbs with whole grains and beans/legumes. Beans/legumes because of their high fiber and lignan content are especially special.

Get your fats right! The type of fat in your diet can affect your breast cancer risk. Minimize consumption of omega-6 fats (sunflower, safflower, corn and cottonseed oils), saturated fats and trans fats. Maximize your intake of omega-3 fats, especially from oily fish (salmon, tuna, mackerel, sardines, lake trout and herring). Consume monounsaturated oils (canola, olive oil, nuts/seeds, avocados) as your primary fat source, as these foods have potential anticancer properties. Specifically, canola oil is a good source of omega-3 fats; extra virgin olive oil is a potent source of antioxidant polyphenols, including squalene; and nuts and seeds provide you with the cancer protective mineral, selenium. Consume yogurt, cheese, milk, butter, and olive oil on a daily basis, and eat meat from time to time.

Minimize exposure to pharmacologic estrogens and xeno-estrogens.  Lifetime exposure to estrogen plays a fundamental role in the development of breast cancer. Avoid intake of prescribed estrogen until indicated. Also avoid estrogen-like compounds found in environmental pollutants, such as pesticides and industrial chemicals. Buy organic produce if you can afford it; otherwise, thoroughly wash all non-organic produce. Minimize exposure to residual hormones found in non-organic dairy products, meat and poultry.

Sleep well. Sometimes we find it hard to sleep well. Shift work, street lights, travel across time zones, the demands and conveniences of life in the space age – all claim to make life better, more flexible, more diverse. But can our body’s natural rhythms adjust to an almost constant exposure to light, without some consequences?  A Finnish study found that women who consistently slept 6 hours or less every night had a slightly higher rate of breast cancer than those who slept 7 to 8 hours; and women who consistently slept 9 hours or more had the lowest risk. However, a study done at Brigham and Women’s Hospital in Boston found that that women’s death rates in generalincrease in those sleeping more than 7 hours a night. The answer may be a mix of factors: time spent sleeping, and quality of sleep, which can vary with each person. Medical and psychological conditions can affect sleep quality, as can environment and lifestyle.

Learn to handle Stress. Ongoing stress can threaten breast-health, in large part, because it disrupts the natural daily natural rhythm of circulating hormones. For instance, one hormone that rises with stress is cortisol, which has been directly linked to breast cancer. Cortisol has a daily rhythm that reaches its lowest level during sleep, it climbs to its highest level by late morning, and then subsides in the afternoon. But when you experience ongoing stress—especially high-pitched, trauma-based stress—the natural ebb and flow of circulating cortisol loses its rhythm and instead, remains elevated. In turn, chronic levels of elevated cortisol weaken the ability of your immune system to fight disease, including not only breast cancer, but also high blood pressure, elevated blood glucose (linked with increased risk of weight gain and diabetes), and osteoarthritis.  Young women who experience more than one stressful life event are at greater risk of developing breast cancer, but a general feeling of happiness and optimism may help guard against the disease, Israeli researchers report.Women who had experienced two or more severe or mild-to-moderate life event were 62 percent more likely to have breast cancer, the researchers found. However, they also found that women with a “general feeling of happiness and optimism” had a 25 percent lower risk of having been diagnosed with breast cancer.

Minimize or avoid alcohol. Alcohol use is the most well established dietary risk factor for breast cancer. The Harvard Nurses’ Health study, along with several others, has shown consuming more than one alcoholic beverage a day can increase breast cancer risk by as much as 20-25 percent. Women drinking just seven units of alcohol a week – half the recommended safe level – have a much increased chance of developing lobular cancer, compared to those who don’t drink at all, reports express.co.uk.  The report suggests that alcohol consumption is implicated in 2,000 cases of breast cancer in each year as well as causing other cancer, liver damage and fertility problems in women. With one 250ml glass containing up to 3.5 units, just one each evening would put a woman well over her weekly allowance. Official guidelines say women should drink no more than 14 units of alcohol a week.

Go easy on fried foods Fried potatoes were found in one study to be associated with increased risk of ER- breast cancer. Various “meat and potatoes” dietary patterns have been found to be associated with increased risks of many cancer types, including breast cancer. However, it is possible that these heightened risks may be due primarily to red meat and fried potato consumption. Consuming whole cooked potatoes with the peel  are a good dietary source of vitamin C,potassium, magnesium and zinc. Compounds with known cancer-fighting properties found in potatoes include glycoalkaloids such as á-chaconine and á-solanine, as well as gallic acid. Potato extracts have been shown to suppress proliferation and induce apoptosis of human lymphoma, liver, stomach, cervical, colon, and prostate cancer cells. At the end of the day its the choice of food you opt for that makes the difference. We would suggest buying red-skinned organic potatoes and eating them (along with their skins) after steaming or boiling them.

Take your supplements daily. A multivitamin, 500-1,000 mg of vitamin C in divided doses, 200-400 IUs of vitamin E as mixed tocopherols, and pharmaceutical grade fish oil. Also take 200 mcg of the mineral selenium or eat one to two Brazil nuts as an alternative. If you have a chronic medical condition or take prescription drugs, consult your physician first. Recently, new study has found that women who take fish oil supplements may have one-third lower risk of a breast cancer than those who don’t take these supplements. Women who had a low DNA repair capacity, a family history of breast cancer, and no history of breast feeding were all more likely to suffer from breast cancer. When the researchers adjusted for calcium‘s effect on DNA repair capacity, they found little remaining effect on breast cancer risk. This suggests that calcium helps prevent cancers by boosting DNA’s ability to regenerate from damage. The mechanisms by which vitamin supplements protect the body from cancer were not determined.

The above factors can help women fight breast cancer to some extent, try to incorporate these in your lifestyle. Women should focus on keeping breast health through good lifestyle and dietary choices.