WHO estimates that only 35% of infants are getting any breast milk at all by age four months. 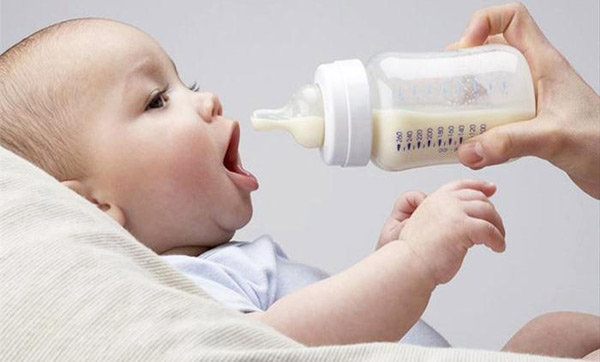 A new study suggests babies who are fed milk from their mothers’ breasts gain less weight over their first year compared to babies fed milk – breast or formula- from a bottle. According to Dr. Ruowei Li, of the United States Centers for Disease Control and Prevention in Atlanta ” “If the babies are fed by the breast, the baby plays a very active role, because they are the ones who decide when to suckle and when to stop on the other hand, if the babies are fed with the bottle, they will gradually lose their self-regulation of their energy intake and the internal cues of satiety and hunger” This  can become a factor in the management of obesity in babies and children.

The American Academy of Pediatrics recommends mothers exclusively breastfeed for six months, and continue breastfeeding as foods are introduced until at least 12 months. Keeping in line with the recommendation we bring you an account of risks associated with formula feeding.

1. Increased Mortality:  According to a report, formula feeding costs U.S. babies more than four additional lives per thousand. The final relative risk for formula feeding comes to double the risk of death for U.S. infants who are fed with formula, compared with babies who are fed naturally. Formula fed babies in the 19th century and early 20th century had a much higher rate of scurvy and rickets (malnutrition diseases), and like formula fed babies today, they also died in greater numbers and were prone to respiratory illnesses and bacterial infections. Health educator and author Dr. Linda Folden Palmer’s report, based on several decades of research from the U.S. and across the world, reveals that the use of infant formula costs the lives of an estimated 9,335 U.S. babies each year.

2. Nutrient deficiencies: Fatty acids are essential for brain development, and amino acids  for central nervous system development, which seem to be lacking in good proportion in formula  milk. Also calcium and iron, are not in the correct proportions and/or as easily absorbed from formula as breast milk. Manufacturers often add new ingredients to infant formulas in an attempt to mimic the composition or performance of human milk. However the addition of these ingredients is not without risks as a result of a range of complex issues, such as bioavailability, the potential for toxicity, and the practice of feeding formula and human milk within the same feeding or on the same day. Iron is 50 to 75 percent absorbed from breast milk as compared to 5 to 10 percent from formula milk. 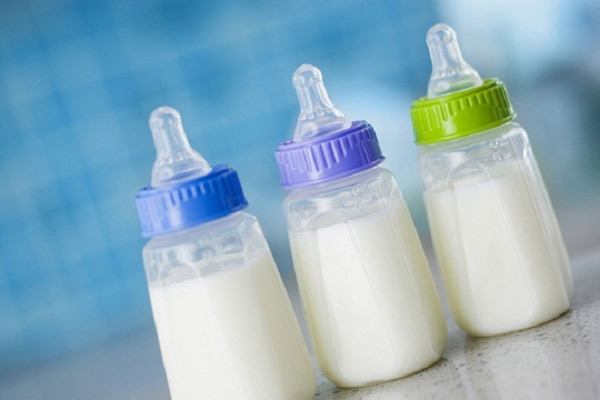 3. Low in antibodies: Breast milk delivers a steady supply of antibodies from the mother to the newborn, which builds immunity. This advantage is not available with formula milk. Recent research adds more: the gut pH of breastfed babies is 5.1 to 5.4 whereas that of formula babies is 5.9 to 7.3.This could lead to diarrhoea among formula-fed babies.    Formula milk  has no live white blood cells-or any other cells. There are few immunoglobulins and most are the wrong kind.

4. Enzymes & Hormones: As compared to breast milk that is rich in many hormones and digestive enzyme: thyroid, prolactin, oxytocin, and more than fifteen others, the formula milk does not possess these hormones thereby contributing less to the well-being of the baby.

5. Processing hazard: In case of baby formula, milk from a cow or buffalo is modified for infant consumption. First, it is dried at an extremely high temperature, which generates a toxin called Advanced Glycation End Products (AGEs) associated with diabetes and cardiovascular diseases. Research has found that babies who’ve been fed formula milk have as much AGEs in their blood as their mothers! Formula may also contain unintentional contaminants introduced during the manufacturing process. Some may contain traces of genetically engineered soya and corn.

6. Diseases & Infections: American baby formula (also imported into India) has been found to contain aluminium, silicon, cadmium, MSG, genetically engineered soya beans, phosphate, phthalates and BPA. BPA is bisphenol A which leaches into the powder from the paint used to coat the inside of the can (also used in Indian cans) to prevent corrosion. BPA is implicated in cancer and neurobehavioural disorders. In fact, from the 300,000 infants damaged by the melamine scandal in China to numerous large-scale recalls in the US and European markets, formula food has today attained quite a dubious reputation. Studies have shown that  formula fed babies have a greater tendency towards developing conditions such as childhood inflammatory bowel disease, multiple sclerosis, dental malocclusion, coronary heart disease, diabetes, hyperactivity, autoimmune thyroid disease and coeliac disease. Formula feeding increases risk of baby developing type I (juvenile, insulin-dependent) diabetes. The results of a study in Finland suggest that young age at introduction of dairy products and high milk consumption during childhood increase the level of cow’s milk antibodies in the children’s systems. This factor is independently associated with increased risk of insulin dependent diabetes. (Virtanen et al: “Diet, Cow’s milk protein antibodies and the risk of IDDM in Finnish children.” Childhood Diabetes in Finland Study Group. Diabetologia, Apr 1994, 37(4):381-7)

7. Highly Mismatched to human needs: Cow’s milk is designed by nature for calves, which must grow into cows in the short span of two to four years, so the milk is endowed with enough protein and minerals to promote that kind of growth. Human babies grow to full body maturity in 16-18 years, so breast milk has lower energy density and protein. That’s where the mismatch begins. No wonder baby formula is heavily implicated in childhood obesity. Further in formula milk,  the  manufacturers add folic acid, pantothenic acid, calcium, minerals, phosphorous, iodine, salt, potassium chloride, etc. It could also include rice starch, dietary fibre, amino acids and nucleotides.

9. Difficult to use:  After the initial start up period, breastfeeding is very easy. All you have to do is lift up your shirt and let the little one latch on. No shopping for formula, bottles, and other supplies. No mixing, heating, refrigerating and cleaning up of formula. If you sleep with your baby, or sleep the baby next to your bed, you can forget about all the disturbing night time rituals associated with formula use. All you have to do is roll over, let the baby latch on, and go back to sleep!

10. Slow to Digest: Formula fed babies tend to have frequent episodes of gastrointestinal ailment. In a situation like this they are usually put on an artificial electrolyte solution because formula is too hard for them to digest. Breast milk, however, is easily digested, and soothing to the intestines, so there is no need for artificial and expensive electrolyte solutions. If a baby gets a respiratory illness, formula may cause even more mucus. In contrast, breast milk contains antibodies to these ailments, as well as being highly digestible and not contributing to excess mucous formation.

Despite these concerns, formula is sometimes the best option for certain infants. Some mothers may not produce enough breast milk to provide adequate nutrition to their babies. Women with certain health problems must also use formula rather than their own milk. Such cases include mothers who are malnourished or have a drug or alcohol problem. Women infected with HIV/AIDS, herpes on the breasts, hepatitis or active tuberculosis should give their babies formula as well, according to the University of Maryland Medical Center.