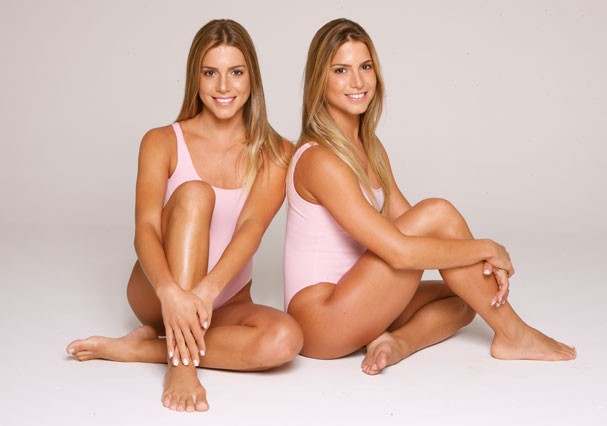 Beatriz Feres and Branca Feres were born on February 22, 1988 at Brazil. The are Brazilian synchronized swimmers, models, and actresses. They are identical twins.

The Feres sisters started practicing swimming and gymnastics at the age of three, and began synchronized swimming at the age of seven. They were champions of Brazil in both juvenile and adult categories, and reached second place in the 2005 Pan American Junior Games in Orlando.

The Feres sisters are also models and have appeared in a number of photo shoots, including one for Brazilian magazine VIP in July 2008, where they appeared on the cover.

This pair were foreign exchange students at Roosevelt High School in Seattle, Washington. When outside the match, their main activity is modelling. They have appeared in many magazine covers, including VIP and Maxim. They just 22-year-old right now.

Beatriz Moreira Feres says on her site she loves to eat white chocolate and sashimi. Sites and personal communities: http://twitter.com/BiaeBrancaFeres