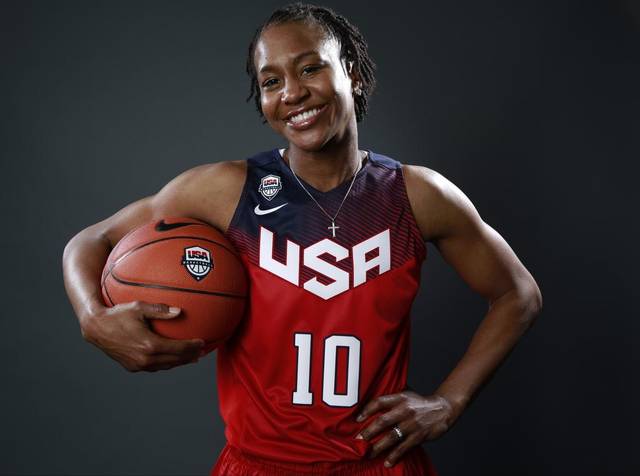 Tamika Devonne Catchings is an American professional basketball player for the Indiana Fever of the Women’s National Basketball Association and Turkish team Galatasaray.

Daughter of Wanda and Harvey Catchings…Has two brothers, Kenyon and Bryce, and two sisters, Tauja and Chrystie…Father, Harvey, competed 11 years in the NBA…Married Parnell Smith on Feb. 7, 2016…Annually hosts ‘Catch The Stars,’ a holiday youth basketball camp that in 2011 celebrated its 11th year…Was called upon by President Bush to attend his 2004 State of the Union speech as a representative of all 2004 Olympians and Olympic hopefuls…In 2008, was awarded the Dawn Staley Community Leadership Award…Has some hearing loss and was honored during her junior season at the University of Tennessee with the Reynolds Society Achievement Award, presented annually to an individual who has overcome hearing, vision or voice loss and who has distinguished themselves and provided inspiration to others.
Founder of Catch the Stars Foundation, which empowers youth to achieve their dreams by providing goal-setting programs that promote fitness, literacy and youth development…Recipient of the 2015 ESPN Sports Humanitarian of the Year award and co-recipient of the 2016 National Civil Rights Museum Sports Legacy award…Has career ambitions of being a general manager of a pro team and in 2016 spent a couple of weeks working in the NBA/WNBA offices.
NEXT