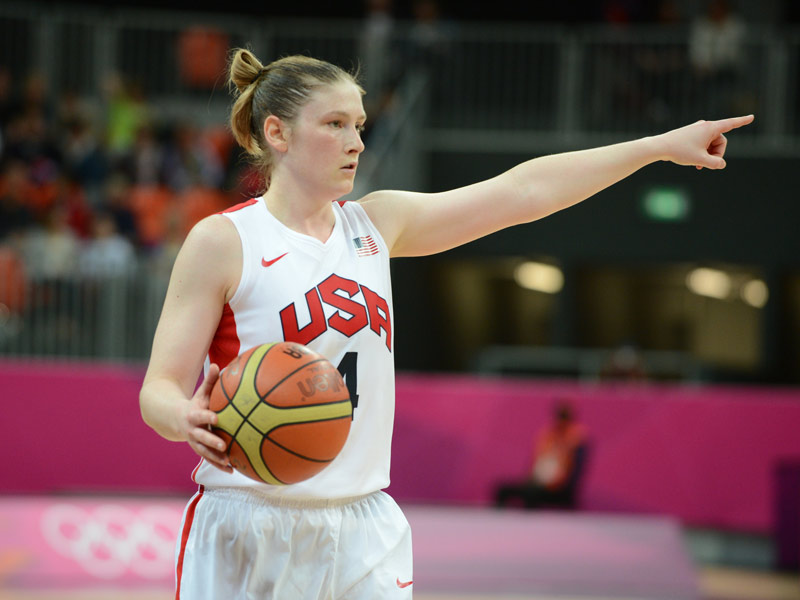 Lindsay Marie Whalen (born May 9, 1982) is an American professional basketball player for the Minnesota Lynx of the Women’s National Basketball Association (WNBA), and for AGÜ Spor of Eurobasket. She began her pro career as a point guard for the Connecticut Sun. Whalen has won World and Olympic titles with the United States women’s national basketball team, as well as three WNBA titles with the Lynx.

Whalen was selected the first round of the 2004 WNBA Draft (4th overall) by the Connecticut Sun. Until 2005 when Minnesota teammate Janel McCarville was selected at number 1, she was the highest drafted WNBA player ever from the Big Ten Conference. The Minnesota Lynx made an unsuccessful pre-draft trade, sending Sheri Sam and Janell Burse to the Seattle Storm for Amanda Lassiter and the 6th pick in the draft in an attempt to get hometown hero Whalen. Connecticut picked Whalen before Minnesota could, and the Storm had two more pieces to their eventual championship team.

In her rookie season, she was selected to play in the historic WNBA vs. USA Basketball game at Radio City Music Hall. She led the Sun to the WNBA Finals in her first and second seasons, playing while injured in the 2005 Finals.

In the 2008 season, Whalen led a young team to second place in the Eastern Conference. She was the MVP runner-up to Candace Parker. She was selected to the First Team All-WNBA for the first time in her career. In the playoffs, the Sun could not hold off the New York Liberty as they fell 2–1. Whalen led the league in assists with 5.4 per game.

On January 12, 2010, Whalen was traded to the Minnesota Lynx in a deal that also involved Renee Montgomery. She signed a multi-year contract extension with the Minnesota Lynx prior to the team’s Aug. 12, 2010 matchup with the Los Angeles Sparks. Terms of the deal were not announced, per team policy.

In 2011, Whalen led the Lynx to its first WNBA Championship. The Lynx finished the regular season 27–7, good for the second best record in franchise history and best in the league. Playing alongside a healthy Seimone Augustus and rookie sensation Maya Moore, Whalen led the WNBA in assists with 5.9 per game. Whalen finished fifth in MVP voting[6] and was named First Team All-WNBA for the second time in her career. In 2012, Whalen led the league in assists for the third time in her career, and led the Lynx back to the finals, where they lost to the Indiana Fever.

In 2013, the Minnesota Lynx acquired the rights to Janel McCarville via a three-team trade, and she and Whalen were reunited as teammates. On September 7, 2013, Whalen became only the second player in WNBA history to record 4,000 points, 1,500 assists, and 1,000 rebounds in her career, joining Becky Hammon. She also became the 20th player in league history to reach 4,000 points.

Whalen was included in 2016 on the WNBA Top [email protected], the best players in the WNBA’s twenty years of activity.