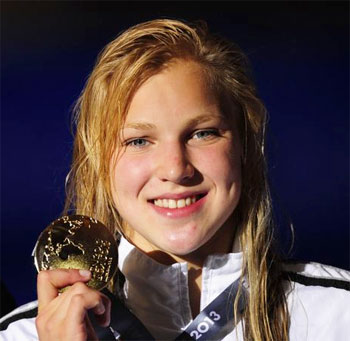 Ruta has recently broken two world records for women in 100-metre breaststroke and 50-meter breaststroke at the 2013 World Aquatics Championships in Barcelona, Spain.

Ruta Meilutyte is a Lithuanian swimmer. At the age of 15, she had already broken eleven Lithuanian women’s swimming records. At the 2011 European Youth Summer Olympic Festival (Trabzon – Turkey) Meilutyte won the gold medal in the 100m breaststroke, a silver in the 50m freestyle and a bronze in the 100m freestyle. At the 2012 Summer Olympics in London, Meilutyte won the gold medal in the women’s 100 metre breaststroke with a time of 1:05.47. At age 15, she is also the youngest Lithuanian athlete to win an Olympic gold medal. In the semi-final she broke the European record in the 100 m breastroke with a time of 1:05:21. In 2013 Meilutyte broke her own European record by 0.01 second. Ruta has competed at 2013 World Aquatics Championships, in Barcelona, and achieved her personal bests in the 100, and 50 meter breaststroke. Meilutyte is a swimming scholar at Plymouth College and is coached by Jon Rudd at the Plymouth Leander Swimming programme.

Meilutyte was born in Kaunas, Lithuania on March 19, 1997, the daughter of Saulius Meilutis and Ingrida Meilutiene. During her early childhood Ruta lost her mother. In March 2001, when Ruta Meilutyte was 4, her mother was killed in a car accident. She only vaguely remembers her, but relatives say that many of the swimmer’s physical traits are inherited from her mother. Her father is a nurse for handicapped people, while before the accident her mother was a housewife. Meilutyte has two older brothers, Margiris (age 20), who is a law student, and Mindaugas (age 24). Meilutyte began swimming at the age of seven. Although not particularly tall, she has had size 43 feet (11 US) since she was just 13 years-old, and she wears now a size 44 shoe (12 US). At age 13 she moved from Kaunas to Plymouth, where her father and brothers lived. 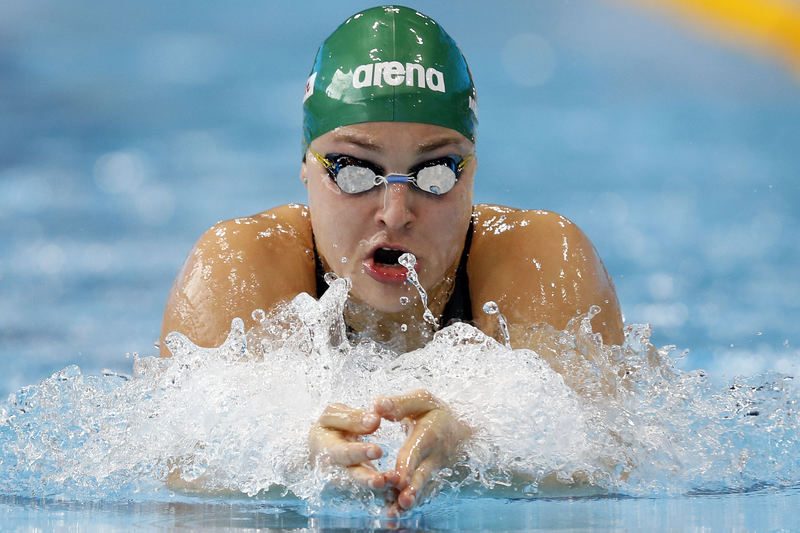