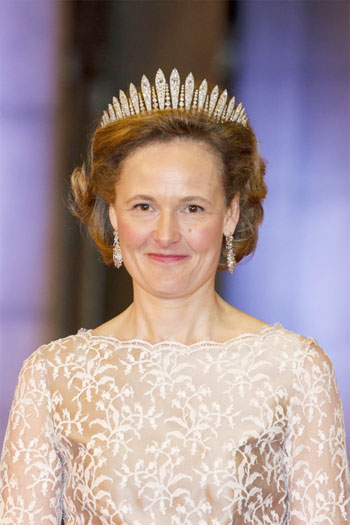 Sophie, Hereditary Princess of Liechtenstein was born 28th October 1967 in Munich, She is the wife of Alois, Hereditary Prince and Regent of Liechtenstein. Born a princess of Bavaria, she belongs to the House of Wittelsbach. She was given the names Sophie Elizabeth Marie Gabrielle and is a direct descendant of the last King of Bavaria. Ludwig III (1845-1921) was her great-great-grandfather.

Princess Sophie is the eldest of the five daughters of Prince Max, Duke in Bavaria, and Princess Elisabeth, Duchess in Bavaria (née Countess Douglas), as well as a patrilineal great-great-granddaughter of the last King of Bavaria, Ludwig III. She was born in Munich on 28 October 1967 and baptised as Sophie Elizabeth Marie Gabrielle in the chapel of her family’s Kreuth home on 18 November. Her godparents were her maternal aunt, the Duchess of Marlborough, and Archduchess Gabriela of Austria.

Sophie spent her childhood together with her parents and sisters in Wildbad Kreuth. From 1978 to 1980, Sophie attended the Girls’ Home Primary School of the English Lady in Heiligenstadt. She then moved to the Girls’ Secondary Boarding School Hohenburg in Lenggries. Sophie then studied history and English language and literature at the Catholic University of Eichstätt-Ingolstadt.

Sophie married Hereditary Prince Alois of Liechtenstein on 3 July 1993 at St. Florin’s in Vaduz, Liechtenstein. The couple lived in London from September 1993 until May 1996, and have since then resided in Liechtenstein.

In 1984 she entered the Adolf Weber Gymnasium in Munich and passed the school-leaving examination in 1988. During a stay in London, which lasted several months, she attended tutorial classes at the Inchbald School of Interior Design. She was particularly interested in the various styles of interior furnishings. 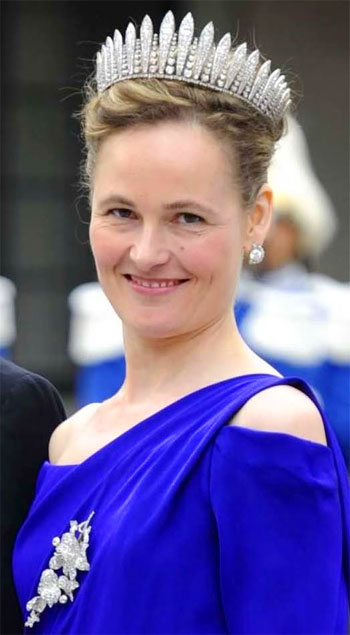 Hereditary Princess Sophie studied history and English language and literature at the Catholic University in Eichstätt. At the beginning of 2006 Hereditary Princess founded the Sophie von Liechtenstein Stiftung für Frau und Kind (Sophie of Liechtenstein Foundation for Woman and Child). The goal of the Foundation is to give women, who unintentionally became pregnant, a more positive life perspective for themselves and their child. The consulting centre “schwanger.li”, with offices in Schaan, Liechtenstein, as wall as in the neighbouring Vorarlberg, Austria, is being supported by the Foundation.

They have four children:

Failing the birth of a male heir, the Jacobite claim to the thrones of England, Scotland, Ireland and France will pass to Sophie, following the demise of the current holder, her childless uncle Franz, Duke of Bavaria, and of her own father, who has no sons.

From her birth in 1967, Sophie was styled HRH Princess Sophie of Bavaria. In 1973, her father inherited the family name and style Duke in Bavaria from his great-uncle, who had adopted him as heir in 1965; Sophie was then styled as HRH Duchess Sophie in Bavaria, Princess of Bavaria. On her marriage in 1993 she became HRH The Hereditary Princess of Liechtenstein, Countess Rietberg, the Principality of Liechtenstein recognising and retaining her use of the style Royal Highness.