For a regular gym goer since few years, it has helped him with physical fitness but mental well being has been a distant dream. So, she moved on to a regime that lets him practice swimming, sprinting, running, Olympic weight-lifting and boxing with a group of like minded people. This is holistic fitness.

For a fitness enthusiast being fit is no longer about losing weight on high-end machines. It is actually doing away with machines, the ‘hyper gym’ offers three main forms of training that involves mixed martial art, boxing, combat, cycling, rowing, ropes and rings, yoga and Cross Fit. In holistic fitness women are motivated who are more prone to stress and depression because of their sedentary lifestyle.

The holistic fitness movement arose out of a desire to bring increased awareness of mind-body-spirit unity to the exercising public. The goal of teaching exercise in a holistic manner is to broaden the pursuit of a conditioned body to include a more comprehensive commitment to health-physically, mentally, emotionally, spiritually, and communally.

Classes taught with this emphasis have the potential for creating a sort of group resonance and heightened sense of connection among participants. For many, holistic fitness has lowered the barriers and excuses to consistent exercise. The more you can address the whole person who is exercising in your class, the greater his or her appreciation and commitment to overall health and vitality.

The term holism was coined by South African author Jan Smuts to describe the unifying whole of organic life, and it has since extended to include both the material and non-material aspects of the universe. Holism is a complex philosophy that asserts that the whole of something is appreciably larger than the sum of its parts, and that parts are mis-perceived by us to be discrete entities. However, life forms are so interconnected and interdependent, they are in reality an “undivided wholeness” and have the potential to influence each other even when forcefully divided. 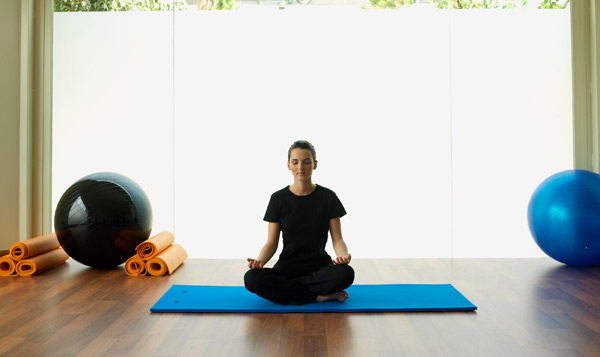 Holistic philosophy has informed the fields of ecology, biology, integrative medicine, psychology, and the social sciences. As a concept representing non-duality (seamless wholeness), holism is an integral part of the wisdom traditions, and a dynamic vision and practice first articulated by Hindu, Buddhist, and Chinese philosophy and several indigenous cosmologies.

In the last century, quantum theory was developed by physicists, changing the underlying notions of reality, as well as opening up new fields of scientific paradoxes and mysteries.

Now when we say that divided parts of a whole continue to influence each other, we have amazing laboratory experiments to back it up. Paired atoms, when separated, continue to respond as if undergoing the same stimulus. The quantum world is indeed filled with examples of holism that inspire us with metaphors for experiencing oneness.

Professionally, holistic fitness is an offshoot of holistic health and medicine. The American Holistic Medical Association and the Holistic Nurses Association pioneered the first awakenings to weave holistic care into clinical practice.Holistic practitioners help patients balance their emotional and physical state through healthy lifestyles that include a change in attitude combined with the proper diet, exercise, stress management, healthy relationships, and a sense of meaning, purpose, and belonging.

Conventional medicine doctor Ralph Snyderman, MD, Chancellor Emeritus of Duke University, said, “It is essential for conventional medicine to recognize the needs of patients who are crying out for more comprehensive and holistic approaches than are currently being provided to them by their physicians. Integrating the best of scientific medicine with CAM (complementary and alternative medicine) strategies is termed ‘integrative medicine’ and is, in my view, a more effective as well as a compassionate approach to healthcare:”

Holistic medical practitioners at the Health Medicine Institute, a non-profit educational, clinical, and research association, teach a four-faceted approach: (a) a commitment to person-centred care, (b) prevention versus treatment, (c) personal responsibility, and (d) integrative collaboration among complementary fields. 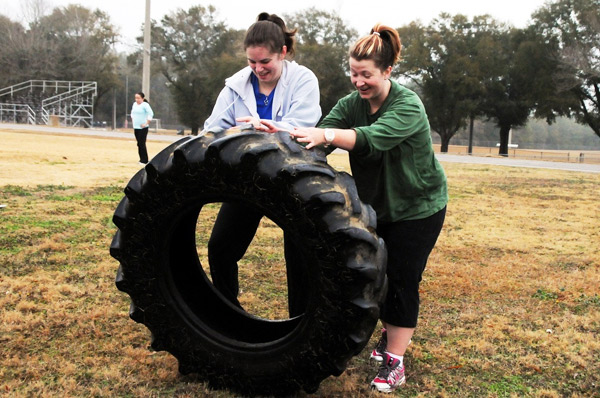 Holistic fitness instructors can borrow from this model and apply lessons in their classes. They can reinforce the importance of daily physical activity as one of the best preventive “medicines” known, and they can encourage participants to accept personal responsibility for their health, while helping build cultural support through networking with local nutritionists, employee wellness programs, civic groups, farmers markets, health fairs, community parks and recreation departments, regional hospitals, clinics, and schools.

Holistic fitness was not part of the initial launch of the fitness movement. It crept in later quietly and through a side door, so to speak. The early days of the fitness movement in the U.S. were underscored by the publication of cardiologist Ken Cooper’s ground breaking book in 1969, Aerobics, which launched a generation of runners gathering their aerobic points. This was soon followed by a wave of aerobic dance instruction heralded by Jacki Sorensen and Judi Shepherd Misset. Shortly afterwards, AFAA held its first certification work-shop and the fitness instruction profession rapidly grew to a worldwide phenomenon.

Conventional exercisers in the decades of the ’70s and ’80s were fueled with such enthusiasm that people often powered through tightness, pain, and stress in their efforts to grow stronger, faster, and leaner. As a result, bodies broke down almost as often as they became conditioned; complaints of overuse injuries, such as shin splints, stress reactions, and plantar fasciitis, grew more common. AFAA reported on several new exercise injury studies in the 1980s. Within a year, new guidelines suggested less repetition, slower beats per minute, and a “grounding” of high-impact classes, especially for beginners.

As an emerging movement form, holistic fitness classes draw from a variety of existing disciplines such as authentic dance, somatic education, Eastern energy traditions, and mind/body research in the medical field. Holistic fitness also flowed out of the larger cultural issues that were addressed by new inroads into positive psychology and the human potential movement, along with advocacy work in promoting healthy body image among exercise enthusiasts and professionals.