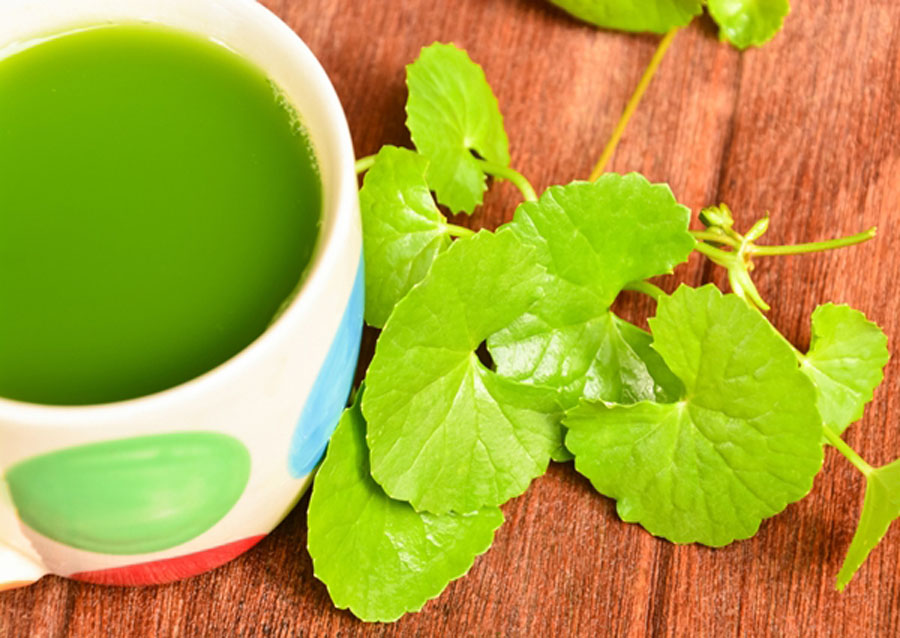 A Sinhalese proverb says “Two leaves of Gotu Kola a day keep old age away.” The whole gotu kola plant has been widely used in India and Fiji to treat skin inflammations, to improve blood circulation, to aid in the treatment of bloating, congestion and depression.

Gotu Kola Root is a memory and brain stimulant. It has been used to help with learning disabilities, Alzheimer’s disease, and senility. It is a thyroid support that counteracts fatigue and depression; increases the sex drive. Gotu Kola Root increases blood circulation and protects against cardio-vascular disease. It has been used to treat varicose veins, particularly, discomfort, tiredness, and swelling; and hemorrhoids. It stimulates the central nervous system; and promotes wound healing. It helps promote a healthy heart and liver function; helps eliminate excess fluids; rebuild energy reserves.

In India, Gotu kola is regarded as perhaps the most spiritual of all herbs. Growing in some areas of the Himalayas, gotu kola is used by yogis to improve meditation. It is said to develop the crown chakra, the energy center at the top of the head and to balance the right and left hemispheres of the brain, which the leaf is said to resemble. It is regarded as one of the most important rejuvenative herbs in Ayurvedic Medicine. Sri Lankans noticed that elephants, renowned for their longevity, munched on the leaves of the plant. Thus the leaves became known as a promoter of long life. It is said to fortify the immune system, both cleansing and feeding it and to strengthen the adrenals. It has been used as a pure blood tonic and for skin health. It has also been used to promote restful sleep. Gotu kola is often confused with kola nut. Due to this confusion, some people assume the rejuvenating properties of gotu kola are due to the stimulating effects of caffeine contained in kola nut. In fact, gotu kola is not related to kola nut and contains no caffeine.

Gotu Kola is a rejuvenative nervine recommended for nervous disorders, including epilepsy, senility and premature aging. As a brain tonic, it is said to aid intelligence and memory. It strengthens the adrenal glands while cleansing the blood to treat skin impurities. It is said to combat stress and depression, energize flagging mental powers, increase libido, ward off a nervous breakdown and improve reflexes. It energizes the central nervous system and rebuilds energy reserves.

Gotu Kola can relieve high blood pressure and helps the body defend against various toxins. It is used to treat rheumatism, blood diseases, congestive heart failure, urinary tract infections, venereal diseases, hepatitis and high blood pressure. It is a mild diuretic that can help shrink swollen membranes and aid in the elimination of excess fluids. It hastens the healing of wounds. 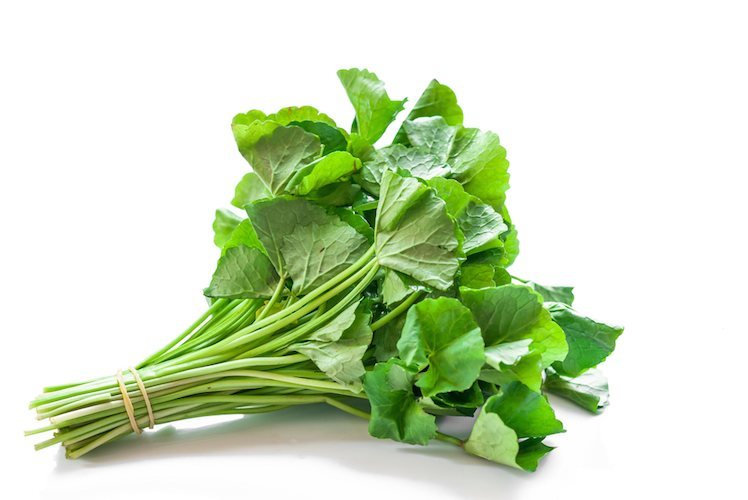 Gotu kola has a positive effect on the circulatory system. It improves the flow of blood while strengthening the veins and capillaries. It has been used successfully to treat phlebitis, leg cramps, and abnormal tingling of the extremities. It soothes and minimizes varicose veins and helps to minimize scarring.

It reduces scarring when applied during inflammatory period of the wound. It was found effective when applied on patients with third degree burns, when the treatment commenced immediately after the accident. Daily local application to the affected area along with intramuscular injections, limited the shrinking of the skin as it healed. It is known to prevent infection and inhibit scar formation. It is also useful in repairing skin and connective tissues and smoothing out cellulite.

Due mostly to the actions of asiaticoside and madecassoside that it contains, gotu kola may prevent, delay and treat a condition known as chronic venous insufficiency. This occurs when valves in the veins that carry blood back to the heart are weak or damaged and blood collects in the veins of the legs. This collection of blood can lead to varicose veins, spider veins, or sores on the legs. More serious results can include blood clots in the legs. Asiaticoside and madecassoside may help keep veins and other blood vessels from leaking. Because it strengthens the walls of blood vessels, gotu kola may also be effective for slowing retinopathy, the gradual break down of the retina in the eyes. It may also help to relieve hemorrhoids. These same effects are thought to strengthen the lining of the gastrointestinal tract, making gotu kola potentially useful for treating ulcers.

Gotu kola has long been used in topical, oral, and injected forms to treat leprosy. In addition to its ability to heal the sores associated with leprosy, gotu kola may also have anti-bacterial properties. Evidence from studies shows that asiaticoside may damage the cell walls of the bacteria that cause leprosy. The weakened bacteria are easier for the body’s immune system to eliminate. 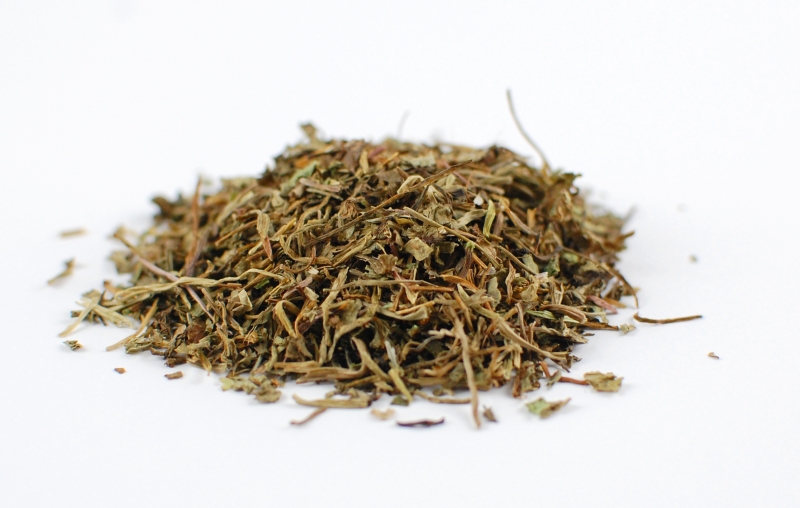 According to modern studies, gotu kola does offer support for healthy memory function. A study conducted in 1992 by K. Nalini at Kasturba Medical College showed an impressive improvement in memory in rats which were treated with the extract (orally) daily for 14 days before the experiment. The retention of learned behavior in the rats treated with gotu kola was three to 60 times better than that in control animals. Preliminary results in one clinical trial with mentally retarded children was shown to increase scores on intelligence tests (Bagchi, 1989). This does not mean gotu kola will improve intelligence for all special or normal children.

According to pharmacological studies, one outcome of gotu kola’s complex actions is a balanced effect on cells and tissues participating in the process of healing, particularly connective tissues. One of its constituents, asiaticoside, works to stimulate skin repair and strengthen skin, hair, nails and connective tissue (Kartnig, 1988).

Gotu kola may cause miscarriage if it is taken or applied during pregnancy. Therefore, pregnant women should avoid using it in any form. Gotu Kola may raise cholesterol and blood sugar levels so individuals with high cholesterol or diabetes should not take or apply it.

Centella asiatica is used as a leafy green in Sri Lankan cuisine, where it is called gotu kola. In Sinhalese, gotu is translated as “conical shape” and kola as “leaf”. It is most often prepared as malluma, a traditional accompaniment to rice and curry, and goes especially well with vegetarian dishes, such as dhal, and jackfruit or pumpkin curry. It is considered quite nutritious. In addition to finely chopped gotu kola, malluma almost always contains grated coconut, and may also contain finely chopped green chilis, chili powder, turmeric powder and lime (or lemon) juice.

A variation of the nutritious porridge known as kola kenda is also made with gotu kola by the Sinhalese people of Sri Lanka. Kola Kenda is made with very well-boiled red rice (with extra liquid), coconut milk and gotu kola, which is pureed. The porridge is accompanied with jaggery for sweetness. Centella leaves are also used in sweet “pennywort” drinks.

In Indonesia, the leaves are used for sambai oi peuga-ga, an Aceh type of salad, and is also mixed into asinan in Bogor. In Vietnam and Thailand, this leaf is used for preparing a drink or can be eaten in raw form in salads or cold rolls. In Bangkok, vendors in the famous Chatuchak Weekend Market sell it alongside coconut, roselle, crysanthemum, orange and other health drinks.

In Malay cuisine the leaves of this plant are used for ulam, a type of Malay salad. It is one of the constituents of the Indian summer drink thandaayyee. In Bangladeshi cuisine mashed Centella is eaten with rice and is popular for its medicinal properties.

According to the American Cancer Society, although Centella asiatica is promoted for its health benefits, “available scientific evidence does not support claims of its effectiveness for treating cancer or any other disease in humans”

In India, it is popularly known by a variety of names: bemgsag, brahma manduki, brahmanduki, brahmi, ondelaga or ekpanni (south India, west India), sarswathi aku (Andhra Pradesh), gotu kola, khulakhudi, mandukparni, mandookaparni, or thankuni (Bengal), depending on region. Bacopa monnieri is the more widely known Brahmi; both have some common therapeutic properties in Vedic texts and are used for improving memory. C. asiatica is called brahmi particularly in north India, although that may be a case of mistaken identity introduced during the 16th century, when brahmi was confused with mandukaparni, a name for C. asiatica. Probably the earliest study of mandookaparni as medya rasayana (improving the mental ability) was carried out at the Dr. A. Lakshmipathy Research Centre (now under CCRAS).

Gotu kola is a minor feature in the longevity tradition of the T’ai chi ch’uan master Li Ching-Yuen. He purportedly lived to be 197 or 256, due in part to his usage of traditional Chinese herbs, including gotu kola.