Egg freezing has become the latest fertility trend worldwide. Egg Freezing Parties are organised to bring awareness about the benefits of egg freezing to women who wish to conceive in future. 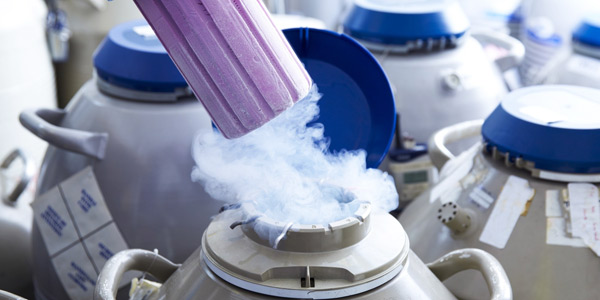 Human oocyte cryopreservation or egg freezing is a process in which a woman’s eggs (oocytes) are extracted, frozen and stored. Later, when she is ready to become pregnant, the eggs can be thawed, fertilized, and transferred to the uterus as embryos.

Oocyte cryopreservation is aimed at three particular groups of women: those diagnosed with cancer who have not yet begun chemotherapy or radiotherapy; those undergoing treatment with assisted reproductive technologies who do not consider embryo freezing an option; and those who would like to preserve their future ability to have children, either because they do not yet have a partner, or for other personal or medical reasons.

Over 50,000 reproductive-age women are diagnosed with cancer each year in the United States. Chemotherapy and radiotherapy are toxic for oocytes, leaving few, if any, viable eggs. Egg freezing offers women with cancer the chance to preserve their eggs so that they can have children in the future.

Oocyte cryopreservation is an option for individuals undergoing IVF who object, either for religious or ethical reasons, to the practice of freezing embryos. Having the option to fertilize only as many eggs as will be utilized in the IVF process, and then freeze any remaining unfertilized eggs can be a solution. In this way, there are no excess embryos created, and there need be no disposition of unused frozen embryos, a practice which can create complex choices for certain individuals.

Egg freezing is not approved for women who, for the purpose of education, career or other reasons, desire to postpone childbearing. However, there is a thriving industry marketing freezing eggs at an early age, and it may ensure a chance for a future pregnancy.

Additionally, women with a family history of early menopause have an interest in fertility preservation. With egg freezing, they will have a frozen store of eggs, in the likelihood that their eggs are depleted at an early age.

The egg retrieval process for oocyte cryopreservation is the same as that for in vitro fertilization. This includes one to several weeks of hormone injections that stimulate ovaries to ripen multiple eggs. When the eggs are mature, final maturation induction is performed, preferably by using a GnRH agonist rather than human chorionic gonadotrophin (hCG), since it decreases the risk of ovarian hyperstimulation syndrome with no evidence of a difference in live birth rate (in contrast to fresh cycles where usage of GnRH agonist has a lower live birth rate). The eggs are subsequently removed from the body by transvaginal oocyte retrieval. The procedure is usually conducted under sedation. The eggs are immediately frozen.

The egg is the largest cell in the human body and contains a high amount of water. When the egg is frozen, the ice crystals that form can destroy the integrity of the cell. To prevent this, the egg must be dehydrated prior to freezing. This is done using cryoprotectants which replace most of the water within the cell and inhibit the formation of ice crystals.

Eggs (oocytes) are frozen using either a controlled-rate, slow-cooling method or a newer flash-freezing process known as vitrification. Vitrification is much faster but requires higher concentrations of cryoprotectants to be added. The result of vitrification is a solid glass-like cell, free of ice crystals. Vitrification is associated with higher survival rates and better development compared to slow-cooling when applied to oocytes in metaphase II (MII). Vitrification has also become the method of choice for pronuclear oocytes, although prospective randomized controlled trials are still lacking.

During the freezing process, the zona pellucida, or shell of the egg can be modified preventing fertilization. Thus, currently, when eggs are thawed, a special fertilization procedure is performed by an embryologist whereby sperm is injected directly into the egg with a needle rather than allowing sperm to penetrate naturally by placing it around the egg in a dish. 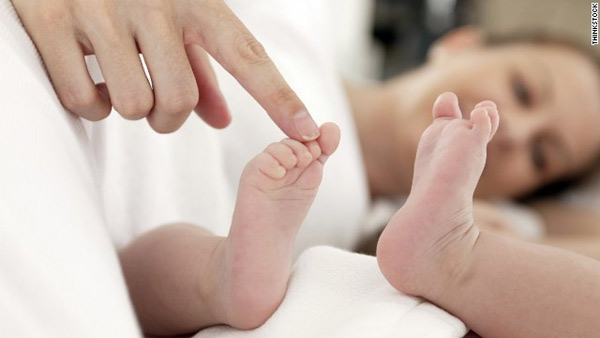 This injection technique is called ICSI (Intracytoplasmic Sperm Injection) and is also used in IVF.

The percentage of transferred cycles is lower in frozen cycles compared with fresh cycles (approx. 30% and 50%). Such outcomes are considered comparable. Two recent studies showed that the rate of birth defects and chromosomal defects when using cryopreserved oocytes is consistent with that of natural conception. Recent modifications in protocol regarding cryoprotectant composition, temperature and storage methods have had a large impact on the technology, and while it is still considered an experimental procedure, it is quickly becoming an option for women. Slow freezing traditionally has been the most commonly used method to cryopreserve oocytes, and is the method that has resulted in the most babies born from frozen oocytes worldwide. Ultra-rapid freezing or vitrification represents a potential alternative freezing method.

In the fall of 2009, The American Society for Reproductive Medicine (ASRM) issued an opinion on oocyte cryopreservation concluding that the science holds “great promise for applications in oocyte donation and fertility preservation” because recent laboratory modifications have resulted in improved oocyte survival, fertilization, and pregnancy rates from frozen-thawed oocytes in IVF.[7] The ASRM noted that from the limited research performed to date, there does not appear to be an increase in chromosomal abnormalities, birth defects, or developmental deficits in the children born from cryopreserved oocytes. The ASRM recommended that, pending further research, oocyte cryopreservation should be introduced into clinical practice on an investigational basis and under the guidance of an Institutional Review Board (IRB). As with any new technology, safety and efficacy must be evaluated and demonstrated through continued research.

In October 2012, the ASRM lifted the experimental label from the technology for women with a medical need, citing success rates in live births, among other findings. However, they also warned against using it only to delay child-bearing.

In 2014, a Cochrane systematic review about this topic was published. It compared vitrification (the newest technology) versus slow freezing (the oldest one). Key results of that review showed that the clinical pregnancy rate was almost 4 times higher in the oocyte vitrification group than in the slow freezing group, with moderate quality of evidence.

Who should consider egg freezing?

Egg freezing can be beneficial for a number of reasons for women wishing to preserve their fertility for the future including:

Women who want or need to delay childbearing in order to pursue educational, career or other personal goals.
Women diagnosed with cancer.
Women with objections to storing frozen embryos for religious and/or moral reasons. 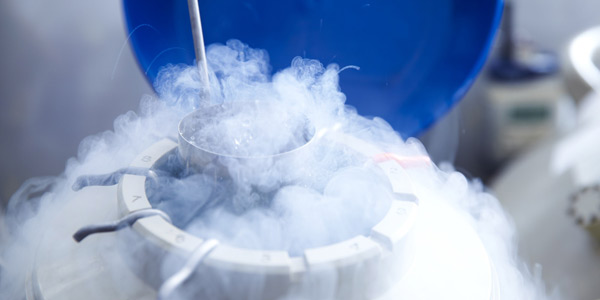 When you should freeze my eggs?

A woman in her prime reproductive years may feel confident about her family building timeline. Having a partner who also feels ready to conceive and a body that will cooperate with the plans will help expedite your goal of becoming a mother. Unfortunately, not every woman has an unimpeded path to pregnancy, and some may wonder how long to wait before exploring fertility preservation.

How does egg freezing work?

Although sperm and embryos have proved easy to freeze, the egg is the largest cell in the human body and contains a large amount of water. When frozen, ice crystals form that can destroy the cell. Over the years we have learned that we must dehydrate the egg and replace the water with an “anti-freeze” prior to freezing in order to prevent ice crystal formation. We also learned that because the shell of the egg hardens when frozen, sperm must be injected with a needle to fertilize the egg using a standard technique known as ICSI (Intracytoplasmic Sperm Injection).

What is involved in egg freezing?

In order to retrieve eggs for freezing, a patient undergoes the same hormone-injection process as in-vitro fertilization (see IVF Cycle Details). The only difference is that following egg retrieval, they are frozen for a period of time before they are thawed, fertilized and transferred to the uterus as embryos.

It takes approximately 4-6 weeks to complete the egg freezing cycle and is consistent with the initial stages of the IVF process including:

2-4 weeks of self-administered hormone injections and birth control pills to temporarily turn off natural hormones (this step can be skipped if there is urgency, such as prior to cancer therapy).

10-14 days of hormone injections to stimulate the ovaries and ripen multiple eggs.

Once the eggs have adequately matured, they are removed with a needle placed through the vagina under ultrasound guidance. This procedure is done under intravenous sedation and is not painful. The eggs are then immediately frozen. When the patient is ready to attempt pregnancy (this can be several years later) the eggs are thawed, injected with a single sperm to achieve fertilization, and transferred to the uterus as embryos.

How long can the eggs remain frozen?

At USC Fertility, we freeze eggs in the same manner as embryos, utilizing a freezing temperature of -196 degrees Celsius. Based on scientific evidence, as well as our experience achieving pregnancies with frozen embryos – in one case the embryo was frozen 10 years – we are confident that long-term storage of frozen eggs does not result in any decrease in quality.