Dayami Padron was born in the city of La Havana in Cuba on December 15th 1988. At the tender age of 17 her family, like many others from Cuba, made the bold move to come to the United States in search of freedom and the American Dream. In 2008 at the age of 18 Dayami initiated her modeling career and decided to enter one of the most prestigious beauty contest and reality show on the Univision Network, where she came 2nd. That same year she also obtained the title of “Reina” (Queen) on another very popular Univision TV Show called “Republica Deportiva”. Due to all the support and recognition in such a short period of time, Dayami decided to really focus on her career as a Model and Actress.

During the next year Dayami worked as a Model, Actress and Host on many Latin American TV Networks and Shows while also going to school full time and attending many Acting Workshops. In her development as an actress Dayami really looks up to, admires and appreciates all the great Hispanic/Latin Actresses that have paved the way for young actresses like her, including but not limited to: Rosy Perez, Maria Conchita Alonzo, Jennifer Lopez, Salma Hayek, Penelope Cruz, Eva Longoria, Michelle Rodriguez, Eva Mendez, Zoe Saldana and Sofia Vergara to name a few. Dayami is working hard and is determined to be part of that roster one day.

In the mean time, Dayami continues to distinguish herself in several areas of the modeling world: featuring in Magazines, Radio, TV Programs, Soap Operas, Commercials and Numerous Music Videos. She has also been contracted to be a Spokes Model for local and world renowned companies such as Seduction Cosmetic Center and Steel Fuel Energy Drink. 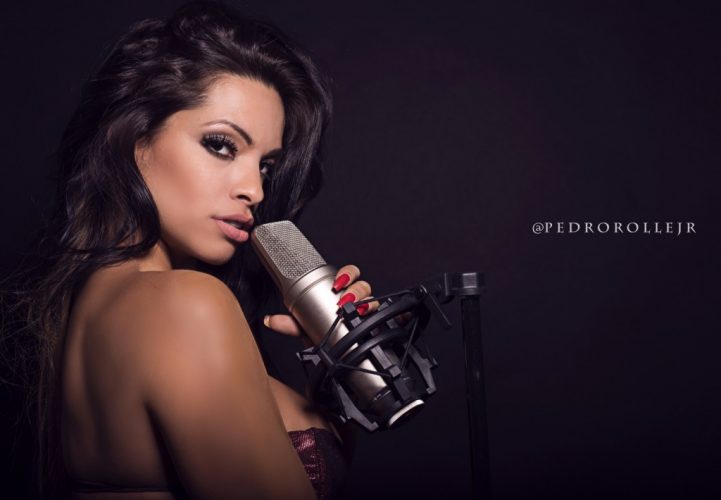 Ms. Namita Nayyar: In 2008, at the young age of 18, you initiated your modeling career and decided to enter in one of the most prestigious beauty contest and reality shows on the Univision Network, where you finished at the 2nd place. Your career took off when that same year you obtained the title of “Reina” (Queen) on another very popular Univision TV Show called “Republica Deportiva”. Since then you have featured in multiple movies, TV shows and done modeling for so many brands. Tell us something about this incredible journey and how it all began?

Ms. Dayami Padron: Well I enjoyed every step of this journey, And I keep going, I have more dreams to realize.. All started when I was a little kid , always wanted to become who I am now!!