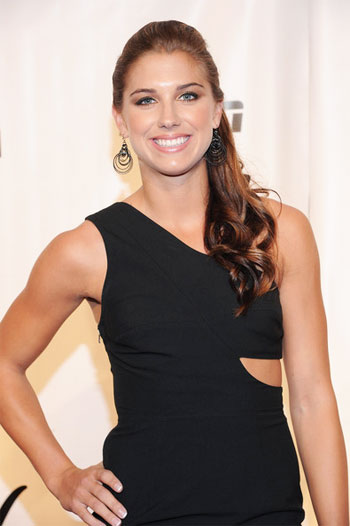 Alex Morgan, the soccer star loves cats, she has a pet cat named Brooklyn with six toes on each of its front feet. She loves to do yoga and has a motorcycle license. She graduated in December 2010, a semester early, with a degree in political economy and earlier in 2009 went to study in Madrid Spain. She was selected as 2012 U.S. Soccer Athlete of the Year and in the same year won Olympic Gold Medal. She’s also known for her famous body paint bikini photo shoot in 2012 Sports: Illustrated, Swimsuit Issue, in which she wore a colorful, patriotic, teeny bikini that was literally painted on. She made it to the list of 12 Sexiest Olympic Women by menshealth.com.

Alexandra Patricia “Alex” Morgan was born on 2nd 1989. She is an American soccer player and Olympic Gold medalist. She is a forward for National Women’s Soccer League club Portland Thorns FC and the U.S. Women’s National Team. Morgan was drafted number one overall in the 2011 WPS Draft by the Western New York Flash. She was the youngest player on the USA’s roster at the 2011 FIFA Women’s World Cup. At the 2012 London Olympics, her game-winning goal in the 123rd minute against Canada was Morgan’s team-high 20th in 2012, becoming only the sixth and youngest U.S. player to do so in a single year. Morgan finished 2012 with 28 goals and 21 assists, joining Mia Hamm as the only American women to score 20 goals and 20 assists in the same calendar year, and was named U.S. Soccer Female Athlete of the Year and FIFA World Player of the Year finalist.

Off the field, Morgan has a deal with Simon & Schuster to write a middle-grade book series about four soccer-playing girls entitled The Kicks. The first book in the series, Saving the Team (ISBN 1442485701), debuted at number seven on the The New York Times Best Seller list for Children’s Middle Grade in May 2013. The next book, Sabotage Season, is expected to be released in September 2013.

Morgan was born in Diamond Bar, California, the daughter of Pamela S. (née Jeske) and Michael T. Morgan. She was a multisport athlete growing up, but did not begin playing club-team soccer until she was 14, several years later than most players who go on to reach the elite levels of the sport. Within three years she was called into the U-17 and U-20 national team. She attended Diamond Bar High School, where she was a three-time all-league pick and was named an NSCAA All-American.

As a freshman at the University of California, Berkeley, Morgan was the leading scorer. Her last goal of her freshman season came against Stanford in the second round of the 2007 NCAA Tournament, tying the game at 1–1 with less than two minutes left in regulation time and forcing the Cardinal into overtime and then to penalty kicks. Despite continued absences due to U.S. national team commitments (2008 FIFA U-20 Women’s World Cup and then the senior team) throughout her collegiate career, she still led the team in scoring and to the NCAA Tournament in each of her four years, advancing to the second round twice. 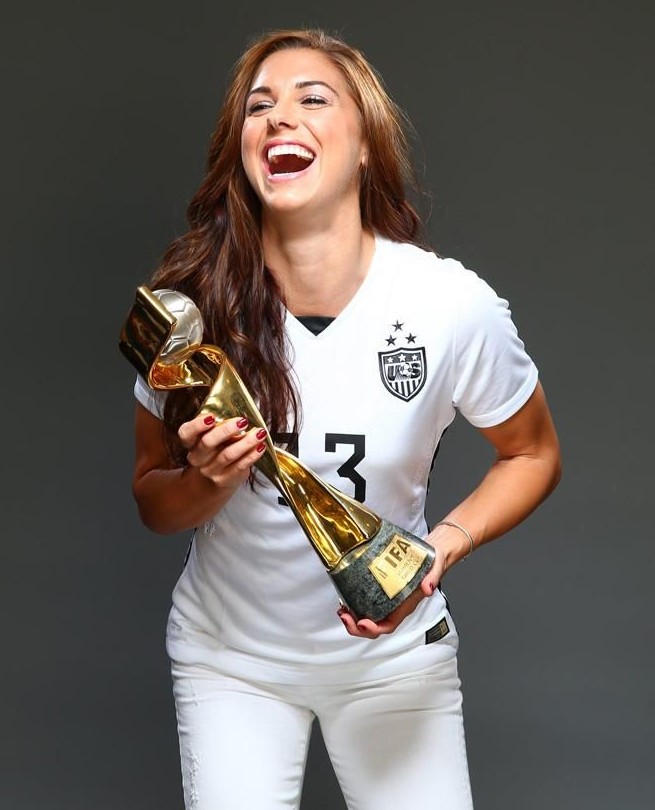 After being named a candidate for the Hermann Trophy Watch list in her junior year, Morgan became the first California player to ever be named one of the top-three Hermann Trophy finalists. She was also one of four finalists for the Honda Sports Award, given to the best overall candidate in each sport. Morgan is third all-time in goals scored (45) and points (107) for the Golden Bears. She graduated from UC Berkeley one semester early, with a degree in Political Economy.

On January 14, 2011, Morgan was drafted number one overall in the 2011 WPS Draft by the Western New York Flash. She was the first California Golden Bears women’s soccer player to be drafted in the first round of Women’s Professional Soccer. The club went on to win the regular season title and the WPS Championship title in 2011.

On January 11, 2013, it was announced that Morgan was one of three USWNT players to join the National Women’s Soccer League club Portland Thorns FC by way of weighted allocation. Morgan finished the regular season as the team’s point leader, and joint scoring leader (with Christine Sinclair), with eight goals and five assists (21 points). She was named to the NWSL’s Best XI Second Team. On August 31, 2013, the club captured the inaugural National Women’s Soccer League championship title.

Due to an anterior cruciate ligament injury that slowed her progress in 2007, Morgan was not called up to train with the United States under-20 women’s national soccer team until April 2008. Her first appearance for the U-20s came at the 2008 CONCACAF Women’s U-20 Championship in Puebla, Mexico, where she scored her first international goal against Cuba.